“No man is the same as another” and, as such, he is constantly shaped and influenced by his experiences. This may be considered as the main reason why the visual style, that has been adopted to re-create the storyboard for the script of one of the main scene of Blade Runner, is so different from the hundreds that have been featured by many storyboard artists along the years.

Quick pencil drawings, computer graphics or dedicated 3D storyboarding software are between the most used techniques but moving towards the different panels of the storyboard “Blade Runner – Between Worlds” the viewer could be easily impressed by the unique choice of style. Predominant black with people and things shaped by white lines. 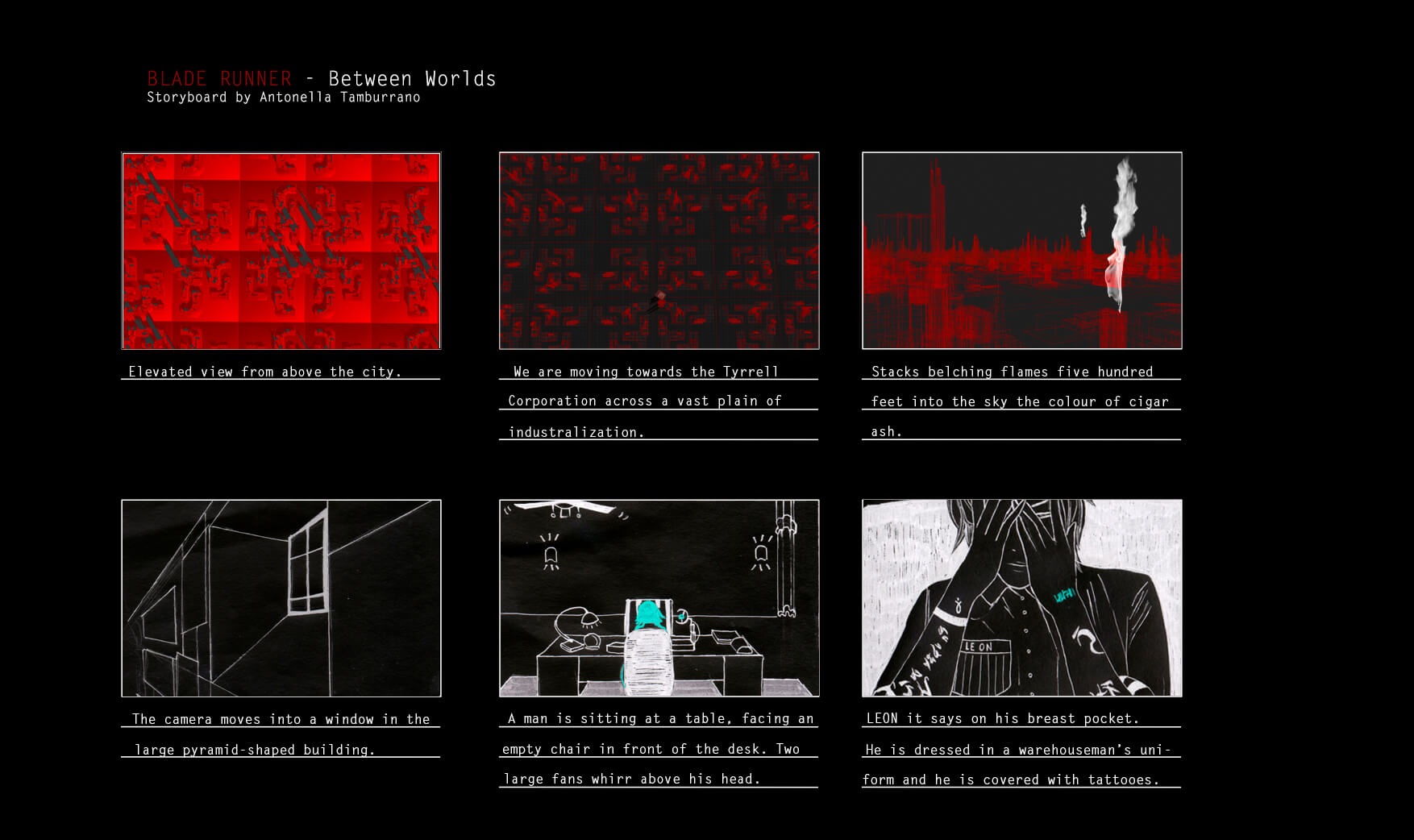 Voight-Kampff dial. It stands for the robotic element in a world where everything appears to be human after all. Indeed, the machine appears to be in good contrast with the main characters presented but a clear-eyed viewer could catch sight of the presence of the same color in the first panel introducing Leon. This is where things start to suggest that our tattooed Japanese man is a machine himself indeed and the audience would finally find out in the last cuts.

Storyboard artists like Charles Ratteray and producers such as Ridley Scott have been taken in consideration even though the Nipponic element comes from personal cultural background. Also, a great source of inspiration was the movie “2046” by Wong Kar-wai.

The second, third and final panels have some scenes for building tension. This tension is contained in a climatic fight between Leon and Holden, each one of them represents worlds different from one another. Some great westerns have been built around this idea and indeed Sergio Leone’s unique movie “The Good the Bad and the Ugly” – with its elements of gamesmanship and revenge – has been a great source of inspiration.